Birds, Bees and the Apocalypse

Should science and the arts keep their distance? Should the two disciplines come together to galvanise change? Sally Flint, Creative Writing Lead at Climate Stories, recounts her experience…

In 2017, as a poet and publisher I was concerned that eco-poetry around such themes as birds, bees and apocalypse could become a clichéd genre, resulting in reader fatigue. At the same time, I was invited to design and facilitate ‘creative approaches to scientific writing’ sessions at The Met Office as some climate scientists were looking for ways for their writing on climate change discoveries and findings to be noticed beyond science journals, especially to connect with, and have impact on, the public.

Discussions opened up and Professor Peter Stott, who leads the world-renowned Hadley Centre for Climate Prediction had a vision to bring the arts and climate science together in an experimental venture Climate Stories; the aim was to see if this would help unpick mysteries surrounding both disciplines, and find innovative ways of getting climate facts and predictions across to broader audiences.

Could artists and scientists work together to offer something alternative and/or unexpected to ‘doomsday narratives’? I was excited to join this Natural Environment Research Council funded project as Creative Writing Lead to find out. From the start of the Climate Stories three-day residency at Dartington Hall in the Devon countryside, my challenge was to see if it was useful to motivate a cohort of scientists to write poems as a way to effectively communicate key climate change messages. 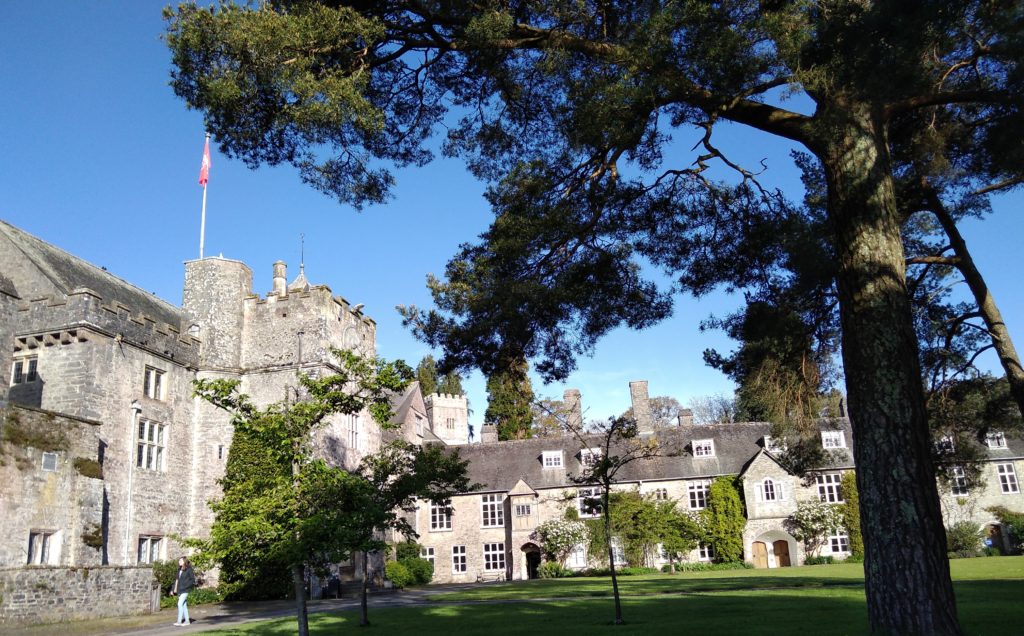 I believe there are shared methodologies between writing poetry and scientific research, and launched my creative writing workshops from poet Wallace Stevens’ belief that “the imagination is the only genius”, and Einstein’s recognition that “imagination is more important than knowledge”. The workshops were based on the idea that the creative process evolves to what author and scholar Franklin R. Roger’s describes as “The Meander Field” – a space where such things as imagery are used to link ideas and findings. For example, Victor Hugo, looked for inspiration in ink blots; Botticelli threw paint soaked sponges at a wall to “create landscapes”.

It seems poets and scientists share a common purpose; to refine and present their findings in a coherent, believable and resonant way.

Marine biologist Rachel Carson (labelled “a trained scientist with a poet’s wonder”) understood the art of really looking and connecting with the senses, and that poetry could best ‘show’ the effects of chemical pollutants. Although the personal attacks against her were vicious for linking her scientific discoveries with creative writing, most famously on the publication of Silent Spring in 1962, she proved that the practice of bringing science and storytelling together raised public awareness to environmental damage. While throughout history bringing arts and science together has sometimes had a controversial relationship, it seems poets and scientists share a common purpose; to refine and present their findings in a coherent, believable and resonant way.

In a dim room with a leaded window, a creaking oak door, and a grandmother clock which, when it chimed, sounded like it was being choked, the creative atmosphere was set. Alongside, was a wariness and overwhelming sense that we wanted to learn from one another quickly.

What I hadn’t expected was that some scientists in the group were closet poets, and kept this hidden for fear of peer criticism. One scientist divulged: “When a day’s recordings done there’s not much to do in the Arctic as ice fields melt around you – so I try to write poems.” Conversely, some openly dreaded writing anything; they hadn’t written or read poetry since childhood and much preferred to be in a laboratory, or even the middle of a Siberian Desert, than a creative writing workshop.

To overcome fears about writing poetry we read a mix of poems, from the economy of an imagist poem, The Red Wheel Barrow by William Carlos Williams, how to plant an image in a reader’s mind and promote questions, to the sensibility found in the words of Mary Oliver’s Wild Geese. This helped the scientists understand how using the senses, empowers the poet which, in turn, connects with the reader.

Author and educationalist Sir Ken Robinson believed, “We don’t grow into creativity, we grow out of it.” With this in mind, I’d asked each scientist to bring climate pictures or objects that were important to them in their research to the workshop, as a starting point for their creativity. I’d hoped that the tried and tested practice of ‘show and tell’ practised in school would open conversations and creative pathways.

Then, in a spirit of camaraderie through a shared experience of experimenting with the power of words willingly, (and bravely), each scientist shared their draft poems.

Shifting to an ekphrastic approach then offered freedom to write through ‘showing rather than telling’.  Scientists were suddenly writing spontaneously, using images to explore the senses, one writer experiencing  the “heat and topography” where “a green ocean throbs” in a rain forest, another was back diving in the Pacific, another shivering in the Arctic. Then, in a spirit of camaraderie through a shared experience of experimenting with the power of words willingly (and bravely), each scientist shared their draft poems. One example is geologist Sarah Baker’s poem inspired by a tiny fossil she brought to the workshop of an extinct fern that lived 300 million years ago.

Snug in my hand

a dark print
of its former self.
Once it was bright,
a leafy shoot swaying
and speckled with rain
in the glow of a setting sun.

We were no longer in Dartington, looking out on to lush grass, but being transported to the “Serengeti drying” where wells are “turning to salt water”, to an oak tree, “from which alchemy transmutes to a leaf”, to listening to the decline in the sounds of the Great Barrier Reef where there’s also “new life and new growth”.

There was playfulness to be found in a Tropical Depression building in the Pacific Basin, experiencing too much “wind shear to reach a hurricane”, alongside more traumatic scenes of German zoo animals being swept away in a flood, the keepers shooting the bear, “caught up in Climate Change”. Bernd Eggen, based this particular poem on a German folk tale about animals with a happy ending. However, the poem takes a sinister twist by linking to a news article and photograph brought to the workshop. It describes the animals sensing danger: “Here big cats shiver – / catch the smell of something darker / than a red-raw carcass, more pungent.”

Writing climate change poetry proved to be a challenging and worthy space for these scientists to dig deep into ‘showing’ and sharing their emotions; something not done in scientific papers. They often work fearlessly on the front line and witness what is happening in the most damaged areas of the world. Creative writing offered space to explore the dramatic, sometimes frightening, sad and uplifting stories they have a need to tell as they actively search for solutions. As poet June Jordan states poetry “involves telling the truth”; in an intense creative space away from normal routines where there was also opportunity to meander in the grounds around Dartington – connecting the man-made to the natural – somehow enabled us all to move beyond clichés and comfort zones. 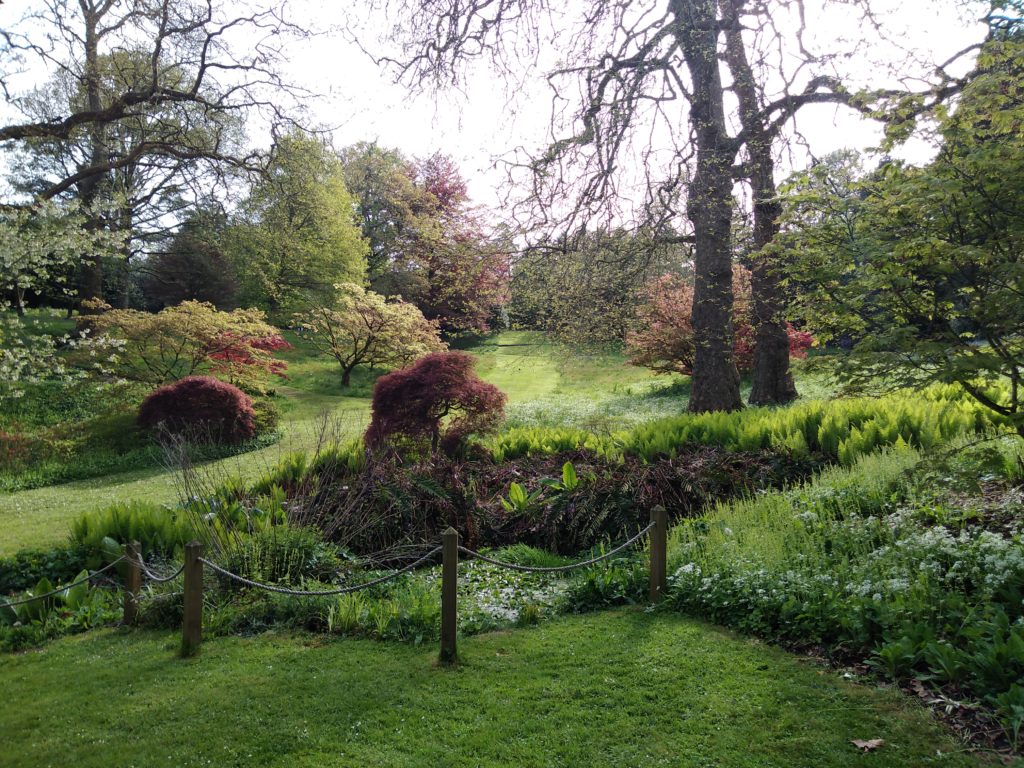 There wasn’t a dry eye in the house when some of their poems were recited at the end of the residency. No-one doubted that there are clear benefits to working in this intense way to raise awareness of the risks and reality.

So what next? The Climate Stories legacy continues by taking what we learnt to public events, talks, workshops and conferences. We have a blueprint from Dartington that can be adapted and developed on a wider scale, that utilises scientific findings not only with poetry, but with short stories, performance, printing, song writing and dance too.

An anthology of our findings, thoughts, writing and images produced at Dartington, and in follow-on community workshops, was published in 2018. This has led to another publication: Climate Matters, due in November 2020. My next poetry collection is driven by climate science facts – such as “not all plastics in the ocean are bad” and that “a clam taken from the ocean floor after centuries reveals the effects of climate change…” – helps authenticate the poems and drive me to write more imaginatively and effectively.

Interestingly, Mark McCarthy (Science Manager of The National Climate Information Office), added a cautious note in his poem, How Hot, inspired by some alarmingly high climate temperatures recorded in Scotland. It was soon discovered this was due to a “Gelati van cooling, / the crowds” that was parked too close to the monitoring equipment, with its engine running. So, it’s always worth investigating further and pursuing truth.

Writing poetry proved to be useful in getting the Climate Stories scientists imagining, talking in hard hitting, fact finding, hopeful, or even humorous ways, to encapsulate the risks and reality of a climate crisis honestly. Bring the right scientists and right artists together at the right time and exciting things happen.

“Science arose from poetry…when times change the two can meet together again on a higher level as friends”.
Johann Wolfgang von Goethe

We have taken the project further, into public workshops and more collaborative writing. We want to do more. As Goethe wrote: “Science arose from poetry… when times change the two can meet together again on a higher level as friends.” This is nicely demonstrated by the collaborative poem What the Water Gave Me, inspired by the painting of the same name by Frida Kahlo and particular climate facts. The poem – written by climate scientists Sarah Baker, Mark McCarthy, and poet Kim Squirrell – brings science, arts, past and present together, and serves to question the future in unexpected and challenging ways:

What the water gave me

I dipped my toe

into the vast ocean
of my bathtub,
blissfully unaware,
floating in an endless sea.
The water gave me,
a tree holding up the sky,
volcanoes of concrete,
rainstorms written
in the growth lines
of clam shells.
My toes tickle a chain
of enormous change,
water damned
in its rush to the sea
by a small plastic plug.
Should I tug too hard,
all that I float in,
my small current world,
could be sucked away.

Samuel Taylor Coleridge describes poetry as “the best words in the best order”. The scientists writing poems at Dartington recognised that as the world heads deeper into climate crisis it can be used as a powerful form to communicate scientific facts, and play a part in promoting positive change towards saving our planet.

Sally Flint is Honorary Research Fellow in the Department of English, University of Exeter, Creative Writing Lead at Climate Stories and Co-Editor of Riptide Journal.

More information about the Climate Stories project, a selection of poems and other artwork produced through the community workshops can be found at www.climatestories.org.uk/

Dr Sharae Deckard, world literature lecturer at University College Dublin, speaks to Mumbai-based author Prayaag Akbar about his novel Leila, the differences in how climate change is being experienced, and how this affects fiction and publishing.

Back to issue
Next Story