In August 2020, we asked aspiring fiction writers and poets to submit their response to one of four photographs selected by the team at Climate Visuals, a project looking to create a richer, more informed visual language for climate change through photography. The work of six writers – responding to each of the photographs through storytelling or poetry – is published in Issue 3 of The Lit.

Climate Visuals is the world’s only evidence-backed project for climate change photography. Coupling international social research and industry insights, Climate Visuals aims to inspire visual communicators across the world, to move away from clichéd images of polar bears, melting ice caps and factories, to catalyse a new – more compelling and diverse – visual language for climate change.

The team at Climate Visuals works with a range of photographers to document the changes, impacts and responses to climate change around the world. Together, we have selected four images from four different photographers, exploring a variety of regions and communities around the world, and their relationship with the changing climate.

Solmaz Daryani, from The Eyes of Earth (The Death of Lake Urmia), Iran 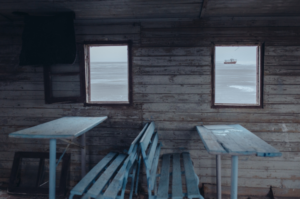 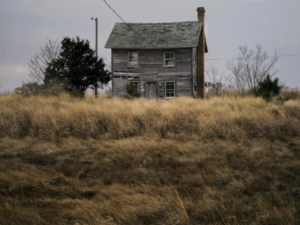 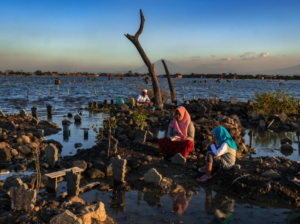 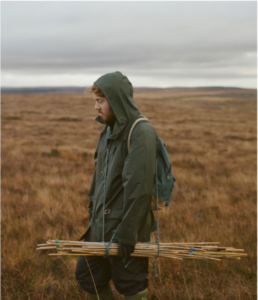 George Harrison for Holding Out

Sinead Price for Captain of the Sea

For future success – for future survival, even – we must all exist within planetary boundaries. Danielle Barrios-O’Neill, Head of Information Experience Design at the Royal College of Art, ponders on what that means for publishing…

Back to issue
Next Story